The Absolute Woman: It’s All About Feminine Power by Vicky Tiel 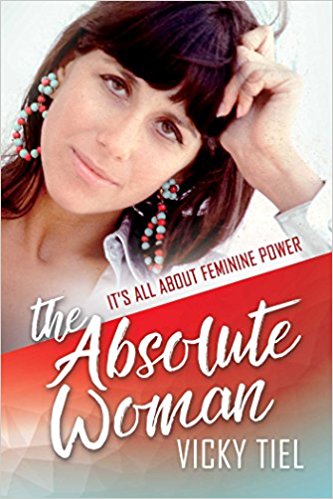 Design legend Vicky Tiel shares everything she’s learned about love, confidence, and style from decades of dressing the world’s most powerful women.

As a young American designer in Paris during the swinging sixties, Vicky Tiel met Elizabeth Taylor, and married her makeup man. Tiel and Taylor became fast friends and confidants, sharing their mutual love of sexy, fitted clothes and a fun-loving lifestyle.

Along with Parsons classmate Mia Fonssagrives, they opened a trendy boutique in Rue Bonaparte that catered to the hip and happening: fashion models, movie stars, and Paris society personalities. Vicky’s flirty miniskirts, daring dresses, and hot pants became all the rage, and a lifelong intimate friendship resulted between Tiel and Taylor as they gossiped, drank champagne, and trusted each other totally. While in Paris, Tiel met the great Coco Chanel, who became her mentor and advised her to create her own signature perfume. From these friendships blossomed Vicky’s gift for “Girlfriends Talk” advice, and her desire to share what she knows with other women.

Now, after years of pushing the boundaries of fashion with her best girlfriends, Tiel shares her tricks for living a bold and successful life. In THE ABSOLUTE WOMAN, Tiel writes with passion and humor about her one-of-a-kind experiences, from the glamorous parties and famous men of her career in Hollywood and Paris, to the Chanel straw hats and home-grown meals of her idyllic Florida home in “Life Part Two.” You’ll learn all her best secrets for living a sensational life: how to seduce and keep an ideal lover, turn a setback into success, steer clear of “crazies,” eat for health and beauty, dress with poise, harness your smarts, and find the power to create the life you want.

Bringing together all of Tiel’s best stories, original sketches, and personal photos, THE ABSOLUTE WOMAN is an unforgettable tribute to fearless women everywhere that will inspire you to unlock your own unique feminine power.

Pre-order The Absolute Woman: It’s All About Feminine Power:

It’s All About The Dress   by Vicky Tiel 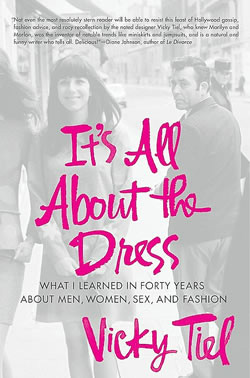 Vicky Tiel, an “It” girl of the 1960’s, created a forty year career in Paris and New York designing clothes that make movie stars and real women all look fantastic. From designing kooky outfits for Woody Allen’s first film “What’s New Pussycat?” (1965) to dressing “Cleopatra”-era Elizabeth Taylor in her caftans, Vicky Tiel has done it all. Her own life was just as exciting—dancing the night away at Castels in 1960’s Paris, partying with Peter Sellars in 1970’s, and almost drowning on Elizabeth Taylor and Richard Burton’s yacht in the stormy Mediterranean. Vicky Tiel tells tales from her own glamorous life and the hard-won wisdom she has learned about men, women, and living life to the fullest. Gossipy, irreverent, and wise, It’s All About the Dress is delicious and utterly fun to devour.

Praise for   It’s All About the Dress:

“A naughty girl when that was the best a girl could be, inventor of the mini, Paris couturier at 18, Vicky Tiel tells spicy tales from dressing Kim, Ursula and Miles Davis, teasing Woody Allen, staying up late with Princess Grace and more intimate tales than you thought you’d want to know from her years in the entourage of Liz and Dick. Comes complete with tricks you need: bedroom advice, supermodels’ diet guide, how to get men to give jewelry and the recipe for a perfect pink tunafish sandwich.”
–Gael Greene, author of Insatiable: Tales from a Life of Delicious Excess.

“A delicious romp…her memoir reads like all of the juiciest bits of your favorite gossip magazine, pushing back the curtains of an over-the-top life among the who’s who of the ’60s-’80s.”
–Kirkus Review

Purchase   It’s All About the Dress: